Our practice is rooted in the history of our community. While Dr. Fisher is not the first owner of this practice, he is the most recent in a line of dedicated optometrists and carries on their legacy as he’s building his own. Dr. Fisher and the whole team at Signature Optometry are proud of the heritage that we continue by serving the eye care needs of our local community.

This practice was started in the north end of a new shopping center called Fig Garden Village in 1960. Merrill Bonander, O.D., was the first owner and was there only part time as his main practice was in Selma, California. After a little over a year, he sold this practice to Jerry M. Keyes, O.D., who was a fairly newly licensed optometrist. Dr. Keyes built the practice up in Fig Garden Village and soon it was operating four days a week. He then branched out and began a smaller, one-day-a-week practice in Firebaugh. He later moved that practice to Kerman, California.

On May 1, 1972, Dr. Keyes sold both practices to David R. Urien, O.D., and moved to St. George, Utah. Dr. Urien practiced in Fig Garden Village four days a week and continued to practice in Kerman on Wednesday only. In June of 1981, Dr. Urien. moved the Fresno practice to the current location on Palm and Barstow where it is still going strong– 54 years later! On February 1, 2014, Dr. Urien sold both practices to Chris Fisher, O.D., who hopes to spend many years helping the people of Fresno and the surrounding area with their eye care needs.

Being the most recent part of a half-century legacy is no small responsibility! We aim to make this practice the most reliable source for eye care services, information and support in Fresno, Kerman and the surrounding areas. We want to be the team you turn to, so we’re building on a strong foundation and reaching out to educate and serve our communities.

Meet our experienced, dedicated team here at Signature Optometry and learn our stories.

Together, we are working to bring better eye health to Fresno and the surrounding area. Come meet us and see what we can do to improve your vision! 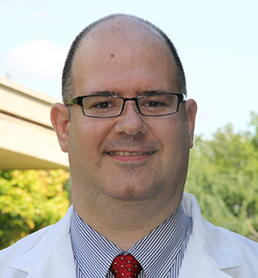 Dr. Fisher was born and raised in Michigan, but love took him from that northern state to sunny California. He met Luna, now his wife, while she was in graduate school in Michigan and followed her all the way back to Fresno where they were married. He attended Fresno State University and graduated with Bachelor’s Degrees in both Biology and Chemistry.

Dr. Fisher further pursued his dream of becoming an optometrist by attending and graduating from the Southern College of Optometry in Memphis, TN. He purchased his current practice from Dr. David R. Urien O.D. in early 2014.

A secretary for the local chapter of the Central California Optometric Association and a member of both the California and American Optometric Associations, Dr. Fisher has certainly achieved his goal of becoming an established optometrist. Now he spends his days passionately working to improve the vision and eye health of his community. By staying up-to-date on current and emerging treatments, research, and technologies, Dr. Fisher provides his patients with the expert opinion and education they need to determine the best solution for their eye care. From the young eyes to the old ones, Dr. Fisher brings his compassionate care to all ages, and absolutely loves improving the sight– and the lives– of his patients.

Dr. Fisher and his wife Luna have four lovely children, and they’re all happy that he’s home and settled down in California. Now that he’s permanently settled, there’s no limit to what this family can do to improve eye care in the Fresno area!

If it wasn’t for Luna, Dr. Fisher probably wouldn’t be in Fresno today, so it’s safe to say that she’s our team’s leading lady. Born in Iowa, Luna moved to Clovis when she was just six years old to be closer to her extended family– who have been in the area for five generations! She attended and graduated from Clovis schools before going on to get her BA in Human Development from UC San Diego.<br><br>

She then took a crucial step by moving to Michigan for her graduate studies. She attended the University of Michigan where she got her Master’s Degree in Social Work. It was during this time that she and Dr. Fisher met, and when she moved back to Clovis to start her career in social work, Dr. Fisher moved with her. They were married and now have four children. Luna’s family roots reach way back in this community, and she is proud that she and her husband are able to help improve life in Fresno and the surrounding areas with their efforts!